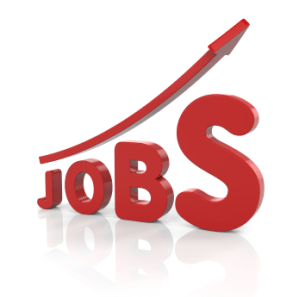 Healthcare Jobs are Vital to a Healthy Economy

If the number, growth and demand for well-paying jobs is any indication, then the health of the healthcare industry is the paramount factor for our national economy.

Not only is the healthcare industry as a whole the fastest growing in terms of jobs, but also the top five fastest growing among specific industries are healthcare businesses: home healthcare, outpatient centers, medical and diagnostic laboratories and other health practitioner offices and ambulatory care services, according to the BLS.

Drilling down into the data also shows that demand for healthcare jobs is running very high, revealing excellent opportunities to put more people into good jobs. And, healthcare is one industry with available jobs in rural, suburban and urban areas alike — everywhere there are people who need care. However, people need some education and training for them. While some healthcare jobs are unskilled, many require skills, including associates, bachelor and master degrees.

The number of healthcare job openings has grown dramatically in the last year. In fact, in February the job openings in the employment sector dominated by healthcare hit nearly 1.14 million, according to BLS survey of labor turnover. That’s the highest number since the survey began in 2000. In the same month, job hires in the industry sector were about 550,000, showing that there were about 600,000 unfilled jobs.

Our economy and the jobless rate would be improved if all those jobs were filled, and so would the underemployment problem, because healthcare jobs are good jobs with sustainable wages and benefits.

Even with the ongoing debate over the Affordable Care Act, healthcare jobs have continued to grow in the first quarter of this year, averaging 20,000 new jobs per month. The recent focus on healthcare policy in Congress should not suggest that the vitality of the industry is dependent on politics. The drivers of healthcare demand are much larger and more long-term than the policy decisions now under consideration.

The long-range drivers for healthcare demand include the aging of our population. Seniors utilize healthcare much more than the general population: people over 65 experience three times more hospital days and people over 75 four times more, according to the Centers for Disease Control. This population numbered about 46 million in 2014, will grow to about 72 million by 2030, and then to nearly 90 million by 2050, according to the Census Bureau. Plus, this population is Medicare-eligible, meaning that their care will be covered.

In addition, our improving economy means that more people have jobs with health coverage, and money in their pockets to cover copays and deductibles, all of which translates into increased demand for healthcare services and the jobs that provide those services. The BLS estimates that economic growth will generate nearly 10 million new jobs from 2014 to 2024.

The healthcare industry is becoming increasingly competitive as hospitals and health systems consolidate and compete with each other for healthcare consumers. Quality of care and patient experience become vital when all healthcare providers are striving for excellence. Quality patient care and job creation go hand-in-hand, because providing quality care for our population, including for the rapidly growing aging sector, will require millions more well-trained healthcare workers, from medical coders to ICU nurses to neurosurgeons. Right now, there are shortages in almost every healthcare professional job category and those shortages are going to get dramatically worse over the next decade.

Healthcare jobs need to become an important part of the healthcare debate now underway in Washington, D.C. Solutions need to include how our country can fill all the healthcare positions in the future, so healthcare organizations can provide excellent patient care and well-paying jobs.